Andrew Carnegie was a very wealthy man in his time. He did not hide his poor beginnings and he was quite frank about his feelings on being wealthy. The following quote was taken from the article interview in The Century Magazine. The quote was part of the paragraph in which he talked about family and truly knowing your parents by going through hard times together.

On December 22, 1941 Henry R. Luce wrote a feature article and in that article he addressed the attack on Hawaii and what it meant for the people of the United States. The article: 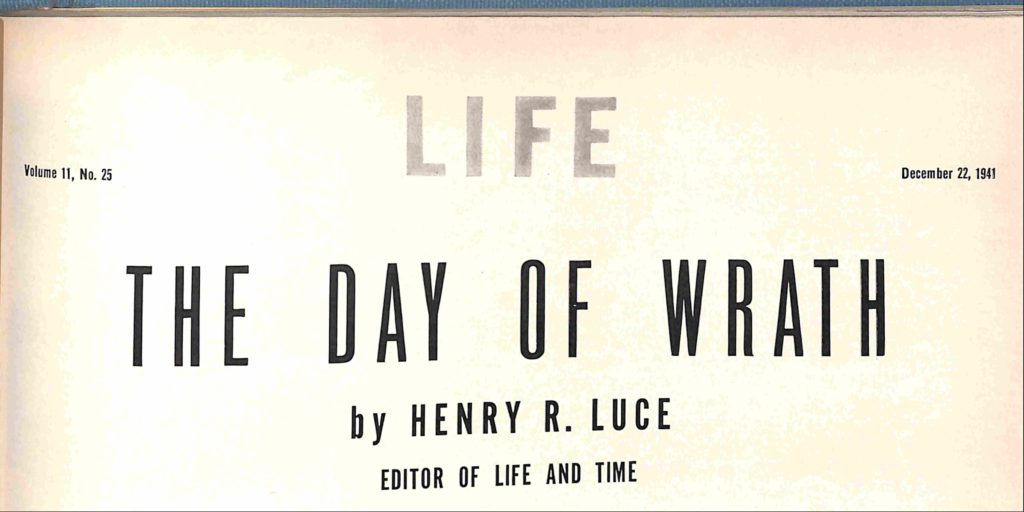 can be read in full in this edition. However, one quote stands true to the test of time. It is as follows:

I ask in our civic life that we in the same way pay heed only to the man’s quality of citizenship–to repudiate as the worst enemy that we can have whoever tries to get us to discriminate for or against any man because of his creed or his birthplace.