In May 1916 The American Magazine published an article under the section Interesting People entitled “A Captain of Comic Industry”. The article was about Bud Fisher. Bud Fisher was in the business of making people laugh. He was the creator of the cartoon Mutt and Jeff. His real name was actually Harry Conway Fisher.
Bud started drawing cartoons for 50 cents each. He sold these to a San Francisco tradesman who used them to attract customers. He later was employed by the Chronicle and was paid $15.00 a week. 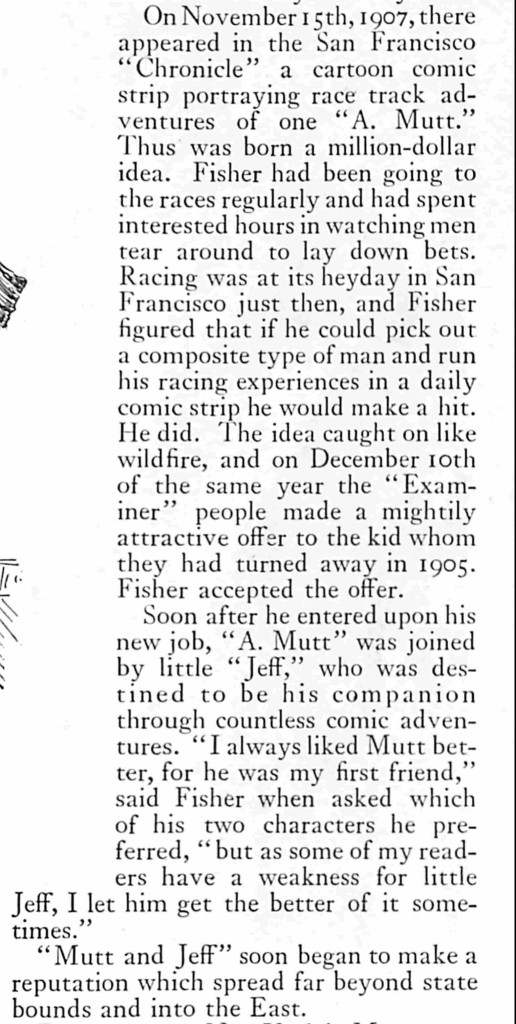 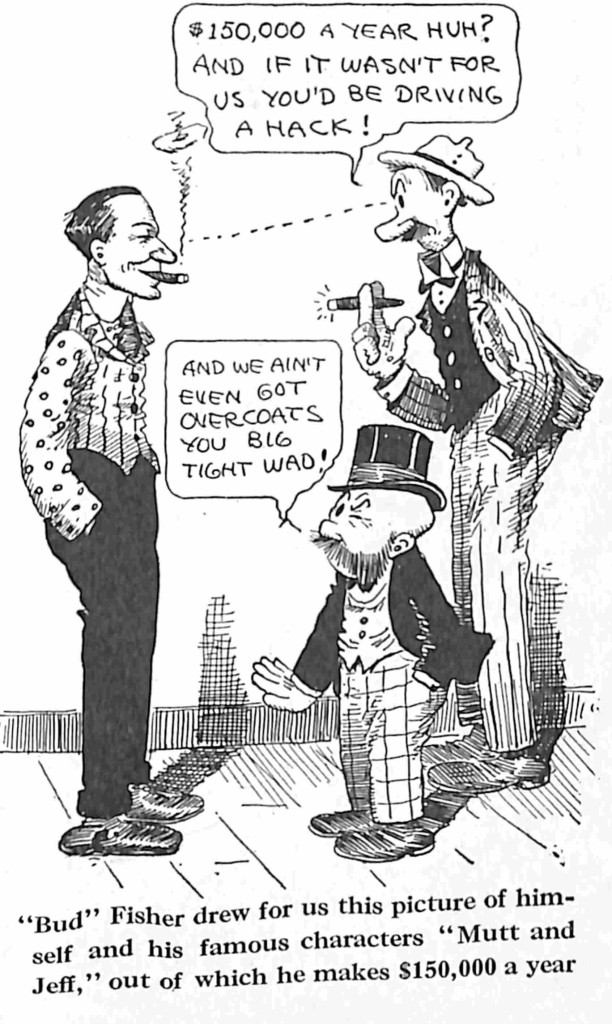 As the saying goes “Laughter is the Best Medicine” and Bud Fisher was laughing his way to the bank. Consider too, there were no computers or copiers in the early 1900’s. He drew his cartoons by hand each and every time. It is stated in this article that Bud Fisher did not have formal training in drawing. 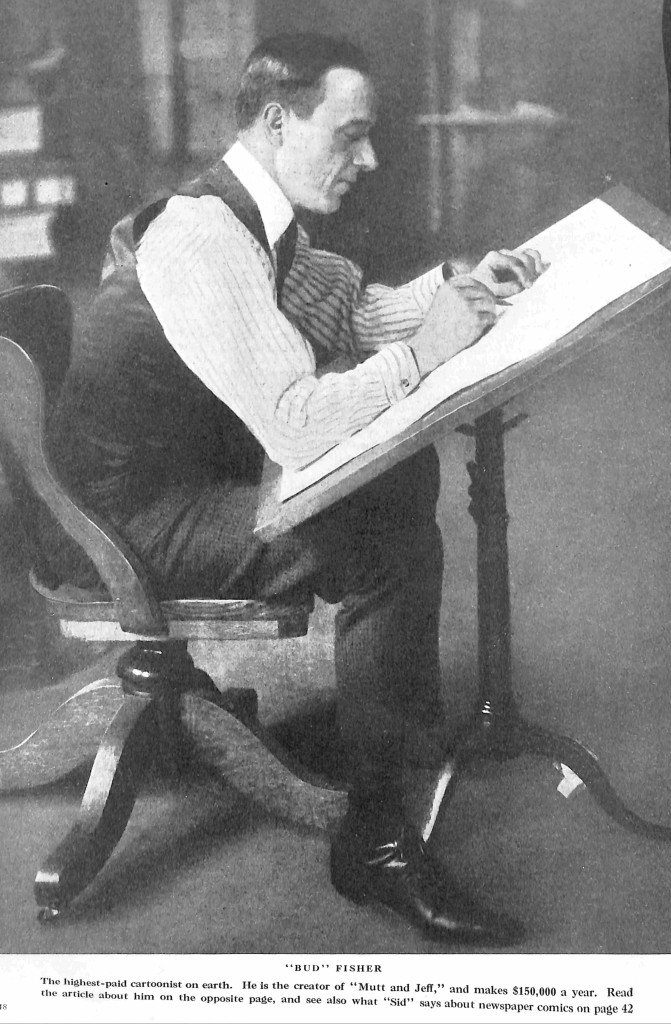