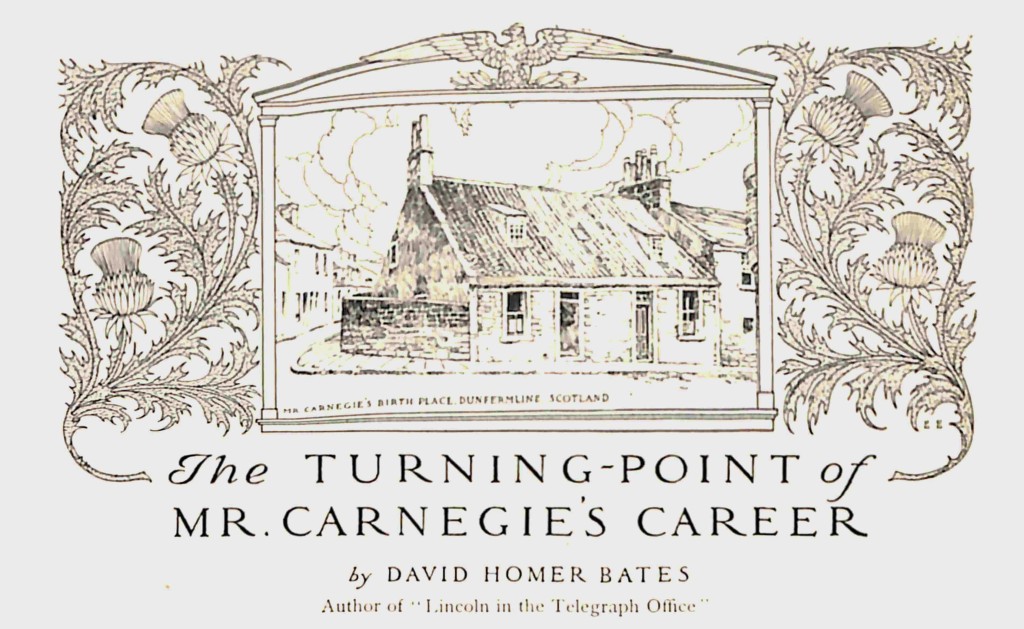 In 1849 Andrew Carnegie was a boy working in a cotton factory in Allegheny City. He started as a bobbin boy and made $1.20 a week. Soon he was firing a boiler in the bobbin factory and then in the early 1850’s he changed jobs and became a telegraph messenger boy. The telegraph messenger job allowed him to make $11.25 per month.

Andrew Carnegie explained in the interview how he was given his very first monetary raise. 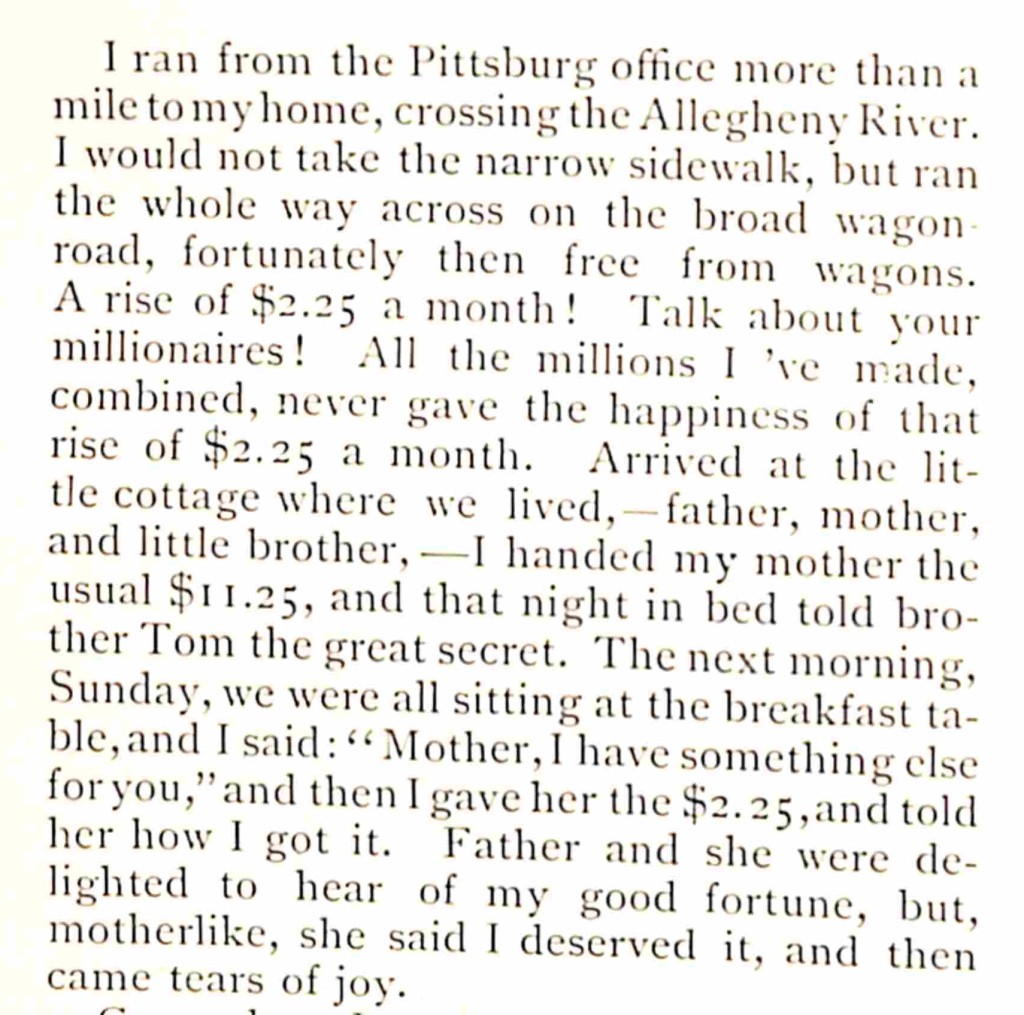 The following story tells of Mr. Carnegie’s first experience with a local library. This experience very likely set the stage for Andrew Carnegie to become the most famous philanthropist of the free public library.

Mr. Carnegie was offered the job of a railroad clerk soon after he mastered Morse Code.
A few years later, Andrew Carnegie made his very first investment in Adams Express Company stock which cost him $600.00.

One might assume the investor in him was born when he received his first $10.00 dividend from this investment. As his wealth increased over the next several years he invested in oil and went on to become involved in the steel industry.

The entire article may be read in the following magazine:
The Century Magazine
July 1908
Vol. LXXVI No. 3

The legacy Mr. Carnegie is most famous for is the construction of Carnegie Libraries. The following newspaper clipping was taken from our microfilm files. Hutchinson Public Library was one of many libraries that benefited from Mr. Carnegie.  The current library is now located at 9th and Main, however the original Carnegie building still stands on the corner of 5th and Main. The following letter appeared in the Hutchinson Daily News at that time. 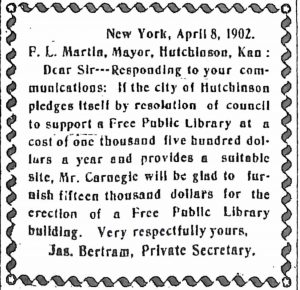 The headline of the article is as follows:

The first paragraph of the article instructs the citizens of our fair city to attend and participate in the meeting, because this was a great opportunity that should not be ignored. 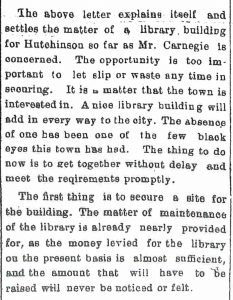 The Hutchinson News printed the proclamation of the official opening of the Hutchinson Public Library in 1904. 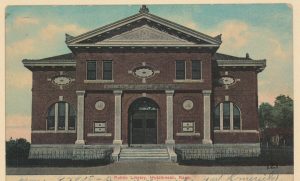 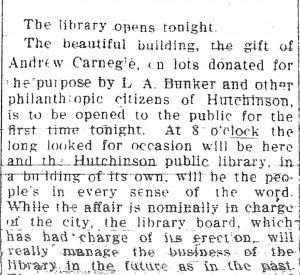 These articles regarding the history of the Hutchinson Public Library may be found on microfilm of The Hutchinson Daily News.  Additional articles can be found about the second gift Mr. Carnegie bestowed upon the Library.  Please talk to the Reference staff for further details.