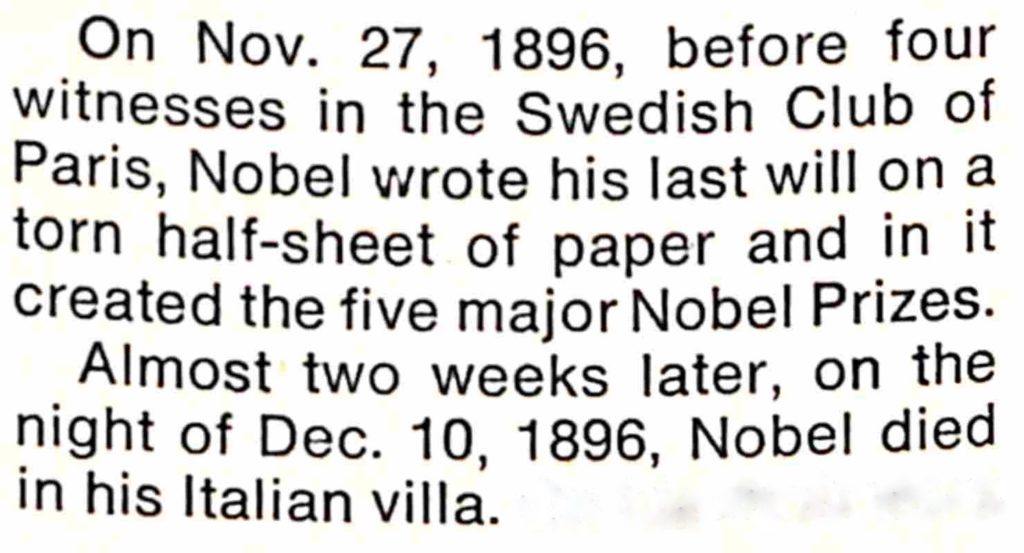 Looking back in time, to December 21, 1907, we find an article in The Outlook. The article, written only 6 years after the first prizes had been given, is informing us about the winners of the Nobel Prizes for 1907. A little further research explains the man, Alfred Bernhard Nobel. Alfred Nobel was of Swedish descent and he had spent a lifetime as a scientist and inventor. 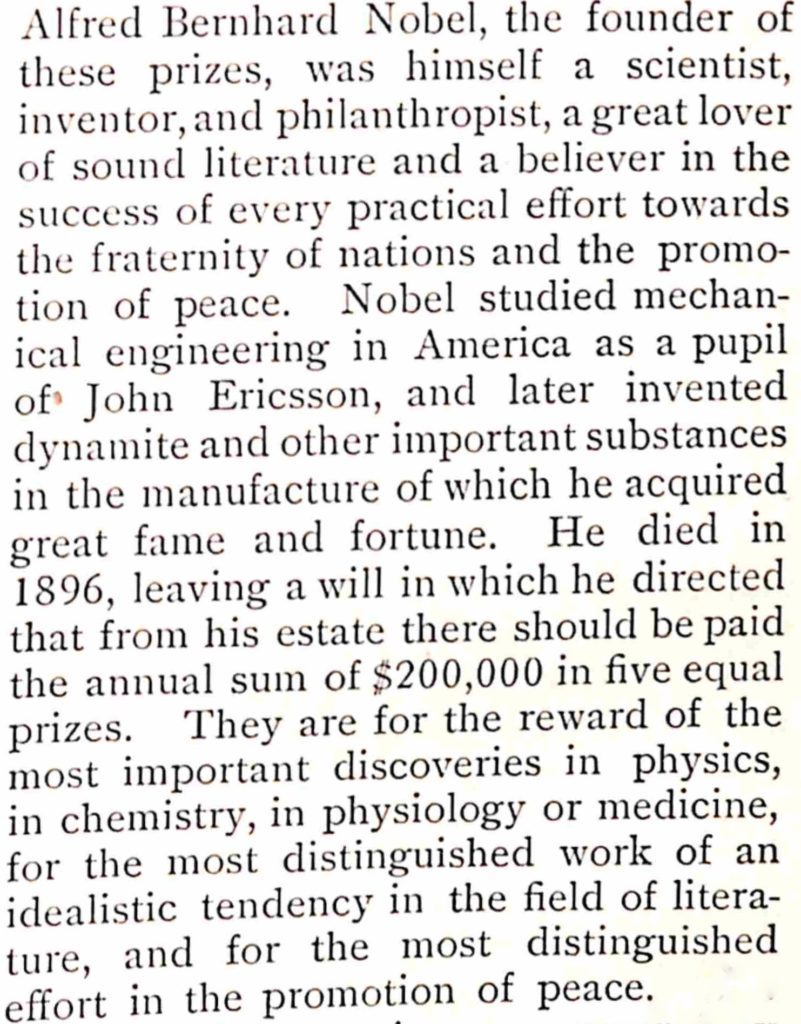 Today, when we hear the name “Alfred Nobel” it is associated with prizes, but it is probably a little-known fact that he invented many things, including dynamite, one of the most explosive devices on earth at that time.

Yes, the man who would leave a legacy of promoting peace, with his generous gift, was also the inventor of dynamite and the chief explosives munitioner to the armies of Europe. 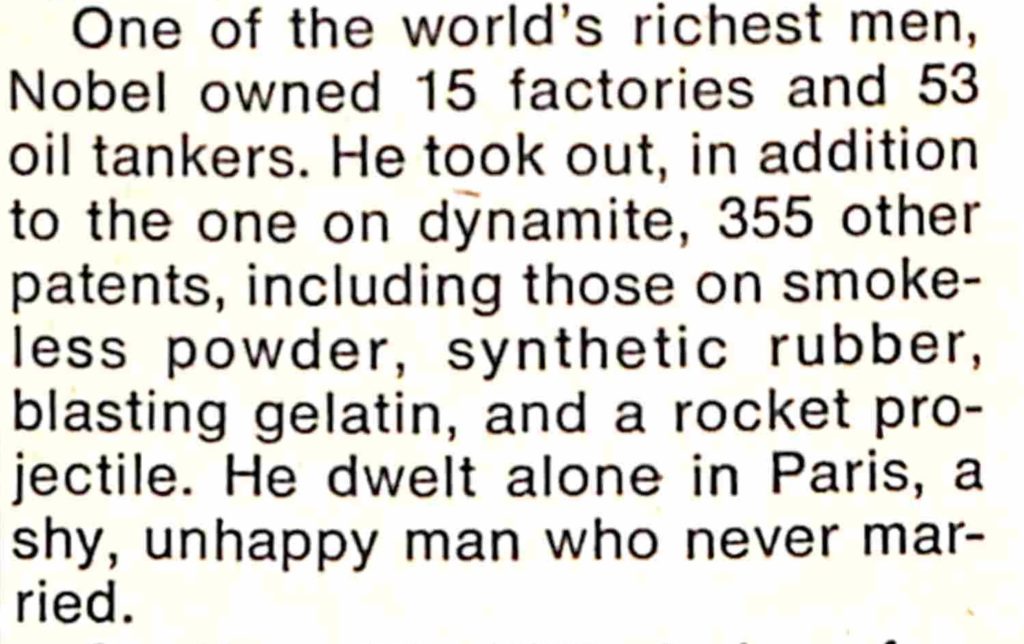 Alfred was a complex man. Looking at the articles written about Alfred, it becomes very clear that although intellectual and highly regarded as a man of culture, he also was often viewed as shy and gloomy. He was a man who had a deep understanding of the seriousness of his life’s work. He did not take war lightly nor did he look at it as a great way to increase his wealth. 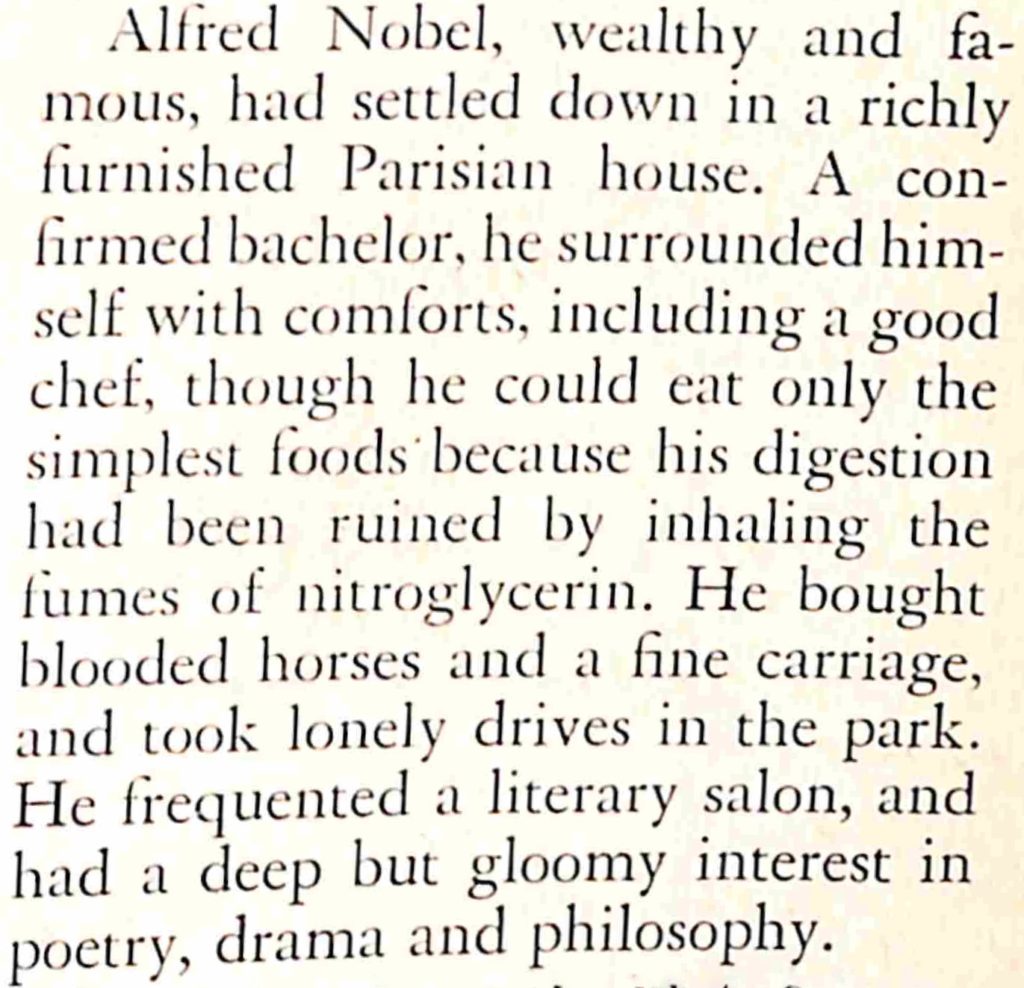 It is said that Alfred did not like awards. He had been the recipient of several in his own lifetime but he was not impressed by these honors. We find in Reader’s Digest 1959 an article regarding a Bertha Von Suttner. 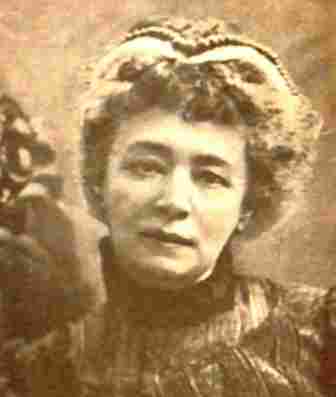 Bertha had been employed by Mr. Nobel as Bertha Kinsky. Bertha was an Austrian by heritage. As a young lady, she had answered an ad in the newspaper for a secretarial position that was being offered by Alfred Nobel. She later eloped and married the love of her life, Arthur von Suttner. Bertha and Alfred had many talks about the war. Bertha was very involved in the peace movement of that time. She and her husband stayed friends with Alfred even after she left his employment and they often corresponded by letters or family visits. 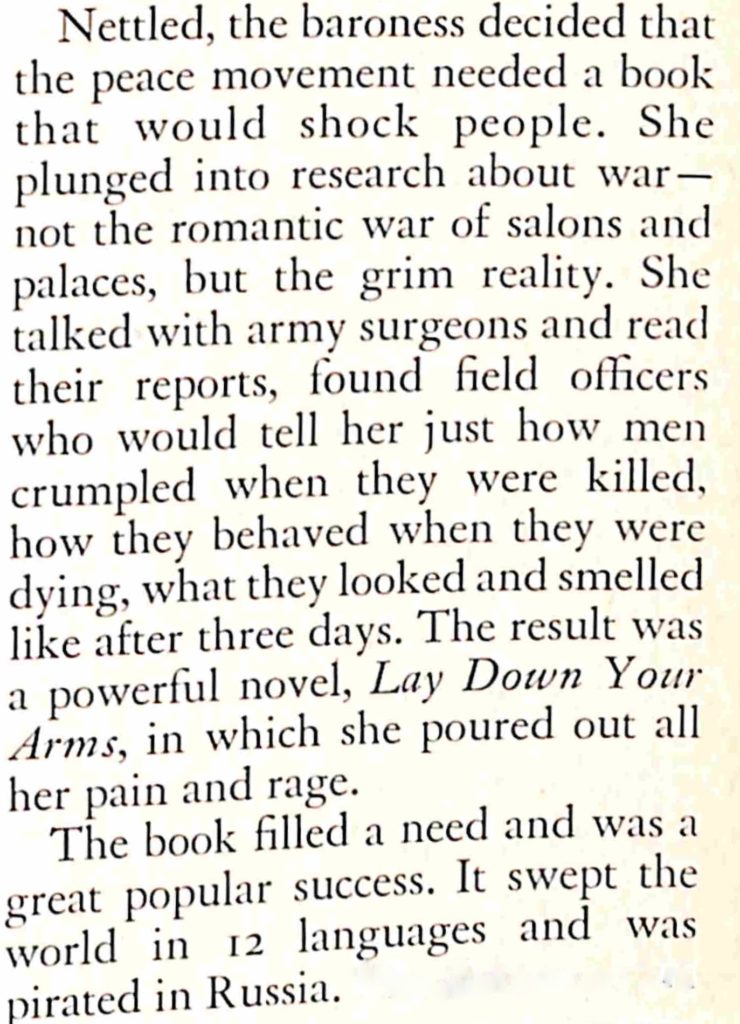 It was during one of these talks with Alfred that he responded to her by promising to do something for her movement. 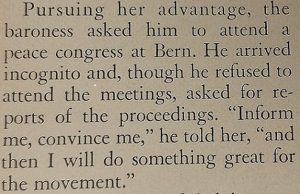 Alfred Nobel’s last will and testament can be viewed in his own writing on the pages of Scientific American December 1949 Volume 181, Number 6. The article is titled “The Nobel Prizes” by George W. Gray. Since the will was handwritten and not drafted by a lawyer it was contested for a while in the courts of Sweden. Ultimately, it was upheld and the Nobel Foundation went to work. 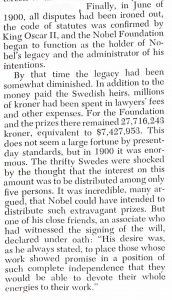 The first 4 prizes for Physics, Chemistry, Medicine and Literature are awarded by the academies of Sweden. However, Alfred decided that the Peace prize should be awarded by a committee of five persons who are chosen by the Norwegian parliament. The last award for Economic Sciences was added in 1969.
The recipients of the prizes are awarded in the following manner. 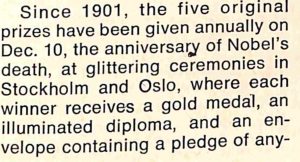 To read more about the Nobel prizes and Alfred Nobel contact your Reference Librarian. Alfred Nobel’s commitment to his ideals lives on through his “noble” gift left to the world many years ago.