Christmas cards, at one time, were the postmaster’s dilemma. Cards arrived in massive quantities and kept the postman busy from November until Christmas. In today’s digital world those cards are probably a delight, viewed as job security in the ever changing digital age. How did the Christmas card come into being?

Most of us remember those early school years when we unpacked our Prang watercolor set, in the black metal case, on the first day of school. 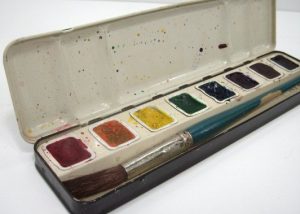 Little did we know at that time, that those watercolor sets were named for Mr. Louis Prang. Nor did we know that Louis Prang was the man credited with bringing the Christmas card to America, by a process called Chromo-lithography. Archive research reveals an article in:
The article titled “Popularizing Art” by James Parton  records the history of lithography as an accidental discovery in about 1793. Alois Senefelder was trying to make a weekly wash list for his washerwoman. He had no paper or liquid ink with which to write that day and had gathered limestone rocks for another project. Creative thinking led him to use water to wet the stone and then he tried writing on it with his grease pencil. After doing this, he decided to use diluted aqua-fortis(nitric acid)to pour over the stone and this made the letters stand out in relief. By covering his letters with his inking pad, Alois found that the film of water kept the oily printer’s ink from staining the stone but allowed the letters to stay inked. He then applied pressure to the stone and was able to imprint the letters.

A description of lithography is contained in this article with a detailed version of how the process is done.

p. 349
In 1843 Sir Henry Cole, the curator of the Victoria and Albert Museum was being inundated with Christmas letters. In England, at that time, it was considered bad manners to receive a letter and not respond in kind. Sir Henry thought of a clever plan, as we see in the Smithsonian Magazine article dated December 1975. He hired J.C. Horsley to design a Christmas postcard and had it printed so it could be mailed in response to his letters. 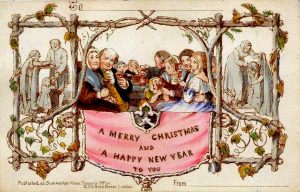 Thus the very first Christmas card was invented. Soon it was all the rage in England. The early Christmas cards were in postcard form and many were very whimsical in nature.

Research brings us back to Louis Prang. How did Louis Prang fit into the Christmas card history?
Louis Prang began his craft as a young man in Prussia working in his father’s calico factory. Louis was detailed in his use of art and color because his work required printing fabric that ladies were going to wear. Later after fleeing Prussia he arrived in America and eventually settled in Roxbury, Massachusetts. 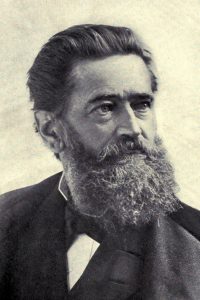 The German element in the United States, 1909: https://archive.org/stream/germanelement02fausrich#page/110/mode/2up

In Massachusetts, Louis opened a small printing company only to be thwarted by the beginning of the Civil War. However, a friend convinced him to print maps of the battles so that the general public would know where the war was being fought. 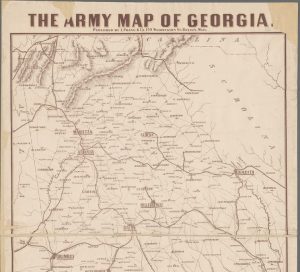 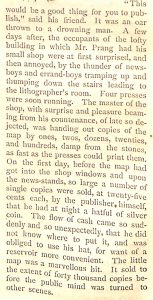 In the meantime Louis Prang was perfecting his craftsmanship.

Suddenly it made sense for him to market his cards in the United States.
Christmas cards became popular and collectible items. 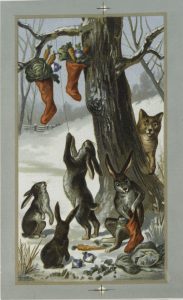 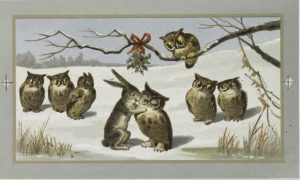 While Louis was perfecting his chromo-lithography he also began to work on reproducing artists paintings. 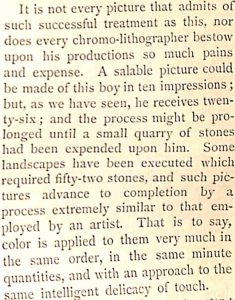 p.353
Louis Prang was a forward thinking entrepreneur and a firm believer in art education. He was largely responsible for art taught in schools. Many art books were published because of him and he promoted art into the everyday household with his chromo-lithographs. There was a large debate, which occurred in the publications of that time, over the printing of original works by chromo-lithography. Many arguments happened over the validity of printing “fake” art. Louis was mindful of the fact that it was original work that he was replicating and permission needed to be granted. He would meet the artist and then make arrangements to print the copies. The author of this article had this to say regarding that subject:

p.356
In the early 1900’s, a group of brothers named Hall started their own postcard printing company in Kansas City. Soon the cards evolved to a new format that was folded and placed in an envelope to mail. This allowed the public to write a little more on the yearly greetings. Hallmark was in the market! Around the same time, a young Polish immigrant named Jacob Sapirstein began selling greeting cards in Ohio. This was the beginning of the American Greetings Corporation. Soon cards were being marketed for all the major holidays and a few invented ones.

An article appears in Literary Digest November 7, 1936 regarding the sale of Christmas cards. 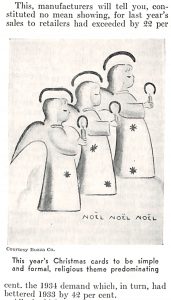 p.42
Happy Holidays from the Archives!